Consciousness, Responsibility, and the Habitual Thief

Imagine a lifelong pickpocket, Ted, for whom pickpocketing comes so naturally that he steals as a matter of habit. Ted is hurrying across a busy train station one day, intending to pick up his friend from a train. He has no plan to pickpocket during this errand, but once home Ted finds a strange wallet in his coat pocket. He realizes he must have unconsciously stolen it from one of the many people he bumped into at the train station. Ted decides to keep the money in the wallet.

Many theories of responsibility, including the one advanced by Neil Levy, claim consciousness is a necessary condition for responsibility. But according to such a theory Ted could not be held responsible for the crime of theft. The traditional definition of theft is the unlawful taking and carrying away of someone else’s property without the consent of the owner, with the intent to deprive the owner of the property permanently. It seems fairly obvious that Ted might be indirectly responsible for his theft by looking to his earlier process of habituating the trait of pickpocketing. It also seems clear that we can hold Ted responsible for keeping the wallet once he consciously realized he had taken it. But is Ted directly criminally responsible for this particular act of theft, even though it was unconscious? It seems that a theory that makes consciousness a necessary condition of responsibility must say no.

Ted’s desire to steal the wallet, and his beliefs about the world that allow him to steal it (that there is a wallet, there, in that man’s pocket), are not consciously reported. Thus, on Levy’s theory, Ted’s decision to steal the wallet does not undergo a process of rational deliberation, and he does not act in a reasons-responsive way necessary for moral agency. Ted’s action is produced by sub-conscious action routines that operate by simple association. Conscious states are broadcast in a way that allows them to reflect a person’s values and have a wide impact on behavior, whereas sub-conscious states, such as those directing one who is sleepwalking, are not. Thus it seems Levy could not hold Ted directly responsible for taking the wallet.

However, despite his failure to act engage deliberative processes, Ted does seem to act in accordance with his values: from an Aristotelian perspective, Ted’s earlier conscious decisions to steal have made his value of stealing so concrete that it no longer needs to operate on a conscious level (it has been habituated). Ted certainly seems to be acting from a place of “firm and unchanging character” such that he has responsibility for his act, even if that act was not globally broadcast and thus subject to higher level reasoning.

This may seem like an extremely unusual, and thus not especially helpful, example. But my colleagues and I think there are interesting parallels between the unlikely case of the habitual pickpocket and the more common case of the violent criminal who “blacks out” or claims not to remember the moment at which they committed a crime. It seems that in some cases where the emotions of an agent are very strong (not that uncommon in homicide cases), conscious rule-based rational processes are offline. A subset of these types of crimes are killings traditionally downgraded from first degree murder to manslaughter based on the excuse of provocation. A person who had habituated the trait of aggression may not consciously broadcast or process his aggressive response to disovering his wife cheating. Yet, when he kills his wife in a momentary rage, the law still holds him at least partially responsible for this act. Under the common law of the UK and US, provocation and extreme emotional distress act as a partial defense to murder in cases where there are adequate facts to prove that a reasonable person would have been provoked. That a person in fact lost control of their rational faculties is not enough to prove the defense: it must be the case that the average reasonable person would have suffered from extreme distress so as to lose self-control. And even if the defense is successful, the defendant is still responsible for the death he caused via the category of manslaughter.

There may be a general problem with theories that make consciousness a necessary condition for responsibility: consciousness is often portrayed as a binary property of mental states, whereas responsibility admits of many subtle gradations, even where criminal harm is unconsciously caused.

Stay tuned for a synopsis of our alternate theory of responsibility, which does not make consciousness a necessary condition, and thus (we argue) better handles the common in-between cases of criminal acts.

← Guest blog post: Punishment, bee keeping, and the virtue of making choices
On being a woman in philosophy and feeling stupid → 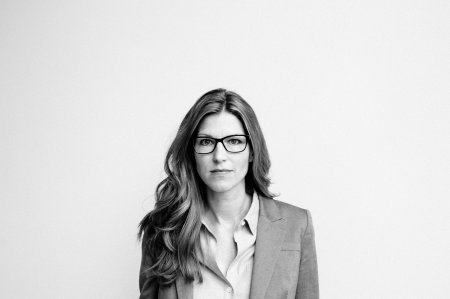